Crawler Crane Operator pay rises by a whopping 54% in the last two years, compared to 11% for the rest of the construction industry since the Brexit referendum, according to staffing software company.

The Construction industry is a fast-paced industry that sees changes in construction techniques, and popular projects. However, Crawler Crane Operators have seen an astronomical increase in average pay of 54% according to Engage Technology Partners, who have analysed data collected since June 2016. This analysis of the pay changes was attributed pay rises to changes in migrant labour trends.

Additionally, electrical testers saw pay increases of 34% and steel fixers have seen a rise of 22%.

The Director of Engage, Drey Francis commented; “In its report on the potential impact of Brexit on the industry, the Chartered Institute of Building (CIOB) highlighted the sheer extent of reliance on international staff, with some locations such as London reporting that over half of the construction workforce consists of migrant workers. While there’s certainly no agreement on the terms of our exit, the impact on the industry is already being noted – and we can expect to see wages rise further in the near future as talent demands continue to stretch.”

Read more below about the latest in the Crane Operator Industry.

Paul Johnson, director of GH Johnson Crane Hire, one the UK’s biggest crawler crane hire companies, said: “As someone who actually pays crawler crane operators I can assure you that this is utter garbage.”

He added: “The construction sector as a whole is probably busier than it was two years ago – meaning there are more crawler crane operators in full-time employment – but pressure on crane rental rates, caused by competition and cheap finance, means that crawler crane operators’ pay has been almost flat since 2016.” 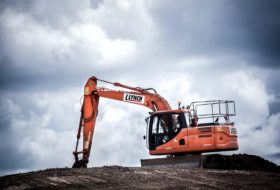